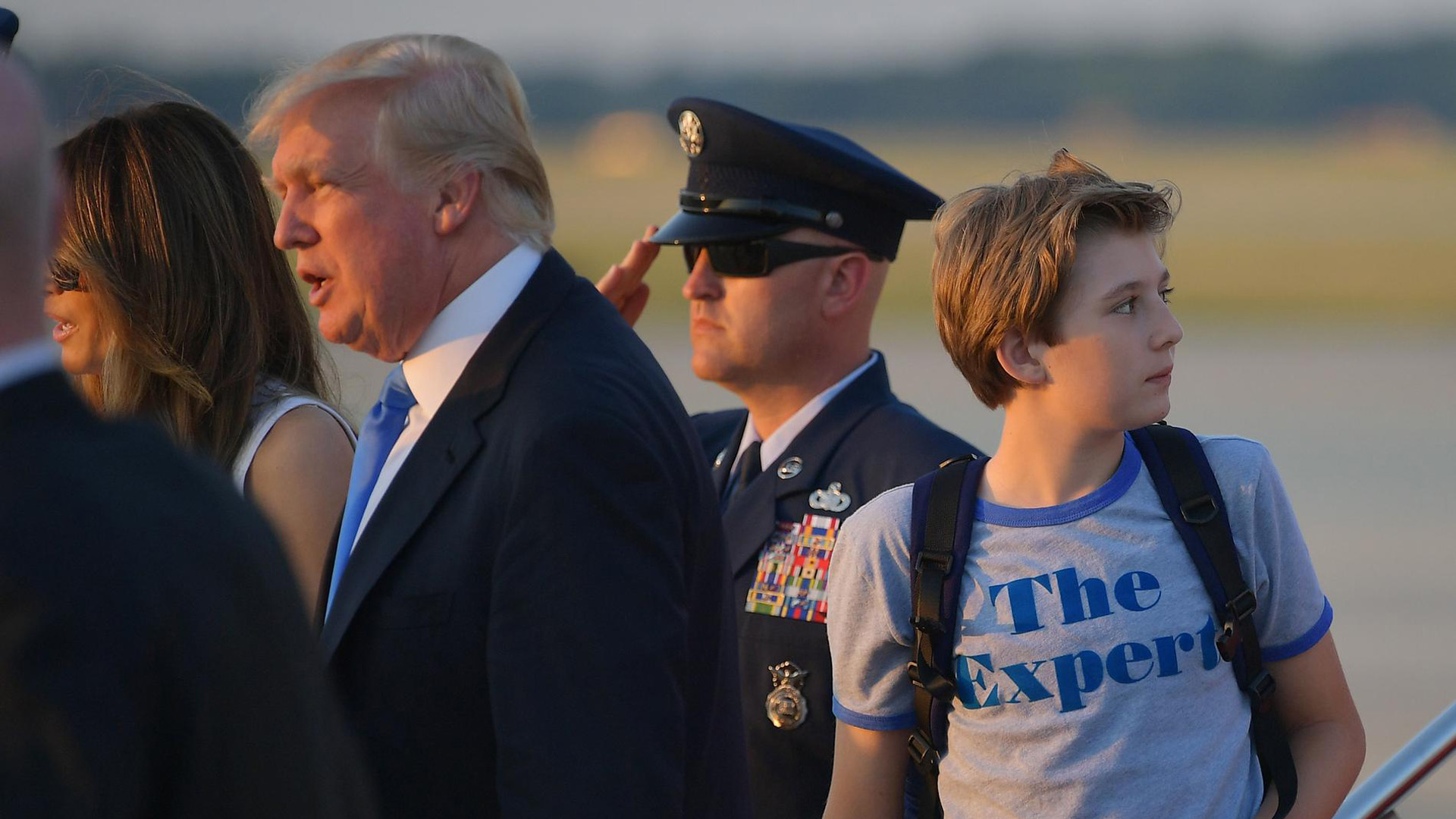 Are the Children of Presidents Experts? Some say so.

After Donald Trump won the presidency in 2016, Barron and Melania remained in New York City until Barron finished his academic year and moved into the White House in June 2017. On the day of the move, Barron wore a shirt which caught the attention of many news makers and comedians. In large blue letters, the J. Crew t-shirt boldly said, “The Expert.” Most media sources ignored the 11-year-old’s attire, but some could not resist the opportunity to poke fun at the President and his family. Regardless of your political persuasion or your feelings about Donald Trump or his family, there is something instructive in Barron’s t-shirt from that day.

In 2009, when Barrack Obama took office as the President of the United States, his daughter Malia was 10 years old. When she graduated from high school, her father was still the President. The Obama’s second daughter, Sasha, was seven when the family entered the White House. When President Obama left office, eight years later, Sasha had spent more than half her life living in the White House.

For the rest of their lives, Malia and Sasha Obama will be experts. Few people know as much as they do about being an adolescent in the White House. As such, for decades, they will be sought for their point of view and commentary. Yet, they almost certainly did not ask for this expertise, nor could they have attained it on their own. Rather, their expertise was bestowed upon them through life circumstances, through fate.

Anne Frank became an expert of the Holocaust through fate. Elizabeth Smart is an expert in child abduction and slavery through fate. Roy Sullivan, who survived seven different lightning strikes in his life, was an expert on being struck by lightning, through fate. These people, and thousands of others, are experts as a result of chance events. They attained their expertise because of circumstances beyond their control. No amount of study or practice could replicate the things they learned through experience.

Contrary to what some experts believe, your lucky breaks can be just as influential at persuading people, and sometimes more so, than all your study and hard work combined. Anyone can study the effects of being struck by lightning, but Roy Sullivan lived it. Anyone can work diligently to eliminate child abduction, but Elizabeth Smart lived it. Anyone can dream about childhood life in the White House, but Sasha and Malia Obama experienced it, and Barron Trump is now experiencing it as well. Events outside their control have differentiated them. Similarly, events outside your control have differentiated you.